A downloadable game for Windows, macOS, and Linux

After a catastrophic event aboard an Interstellar Correctional Fleet (ICF) prison ship, you find yourself stranded in an unknown galaxy full of escaped prisoners. The prisoners grow stronger with every passing moment. Build space stations and support structures around planets, upgrade your ship, and siege enemy locations in an effort to gain strength while weakening the enemy. Take risks when necessary, but don't forget that you only have one chance to complete your objectives.

In this single player experience, you pilot your escape pod through procedural generated solar systems, fending off escaped convicts and gathering resources needed to build various structures and upgrades. Adaptive audio and sounds, along with visual cues, aid you while searching for resources and navigating the large open solar systems. Upgrading and equipping your spacecraft is vital to your progress throughout the game. Enemy spacecraft will grow stronger and become more difficult to defeat as the game progresses.

For nearly 1000 Pulsar Years (PY) the mass majority of humans have lived within space stations and ships in orbit around various planetary bodies of the Milky Way. All attempts to find another suitable planet within our own galaxy have been met with failure. Resource rich planets, including Earth, are now seen as production planets for food and minerals. Poor nutrition and living conditions in space have lead to the reduction in average lifespan by more than half (70PY to 30PY). Beside the negative side effects from living in space, resources and orbital space are dwindling. A recent deadly space station collision, preceded by many others, has prompted a response from the Federation of Earth Descendants (FED).

All Interstellar Correctional Fleet (ICF) ships have been sent on a potentially one way colonizing missions in hopes of keeping humanity alive beyond Earth. Each ship has been outfitted with Advanced Capabilities Exploration (ACE) pods, and have been assigned a unit from the Office of Galactic Reconnaissance and Exploration (OGRE) with high hopes of finding planets suitable to live on once again. You are an ICF guard aboard one of these vessels.

You have arrived near the outer edge of an unexplored galaxy. Waking from stasis, you prepare yourself for the long day of briefings ahead. You look at the time. "Did we lose track of the pulsar, or am I running late?" you ask yourself. Either way, you decide to hasten your pace to your post. As you walk with a brisk pace to your post, the lights flicker. This is a common occurrence on a spaceships, although the tremor that accompanies the flicker is not. You look around the walkway and brace yourself for another tremor, as does everyone else, but nothing. Just as you begin to hustle toward the command post for your cell block, another episode of flickering and tremors occur. After the tremor ceases, you begin to sprint, but before you can cover 20 meters the evacuation protocol is initiated with blaring sirens and red flashing lights. Red indicators along the baseboards of the walkway blink in unison, directing everyone toward the escape pods for evacuation. You follow the lights and a few of the senior ICF members help you enter one of the ACE pods, and you prepare for takeoff. Although you haven’t been fully trained in the ACE pod, you initiate the standard Emergency Takeoff. As you look back toward the prison ship, you see that the cell blocks have become detached, likely the reason for the tremors. There are streams of escape pods taking off from each detached cell block. As you begin to drift into stasis, you find it odd that the main hull appeared to be unscathed and no escape pods are ejecting. You whisper, “I hope they get out alright.”

You wake violently, in a cold sweat, screaming. “What a bad stasis nightmare,” you nearly say out loud. As you look around at the small cockpit of your ACE pod, you quickly realize this is all real. You pinch yourself just to make sure. Yep, this is all too real… You bring up the controls and begin to acquaint yourself with your new vessel. As the system is completed automated checks, the protective window shutters retract. You find yourself in an asteroid belt near the outer edges of a solar system. There is debris and unpowered ACE pods floating nearby. You approach them to see if you can help, and more importantly, to see if they can help you locate the prison ship. The prison ship has the coordinates for the destination system and planet, your best chance to find refuge.

This Steam Early Access game is currently not a finished game and may or may not change significantly over the course of development. To learn more about Steam Early Access, please visit http://store.steampowered.com/earlyaccessfaq/

In order to download this game you must purchase it at or above the minimum price of $14.99 USD. Your purchase comes with a Steam key. You will get access to the following files: 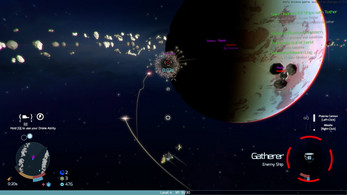 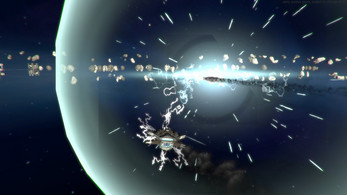 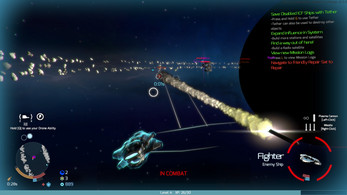 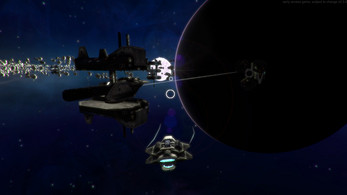 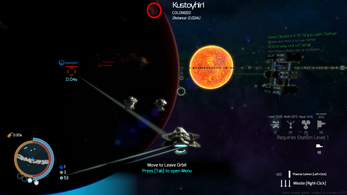 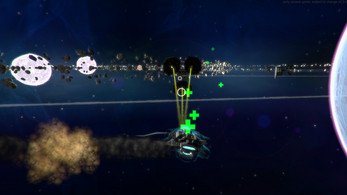 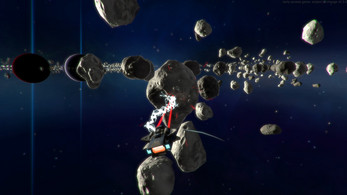 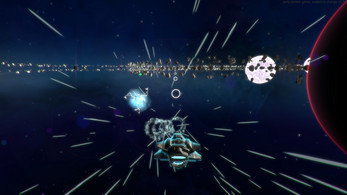 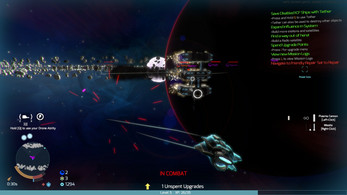 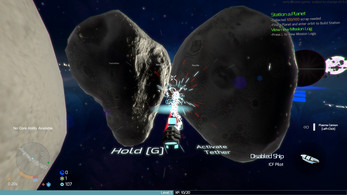 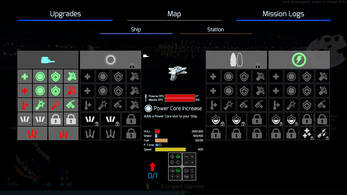 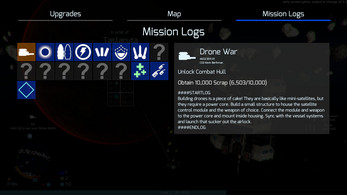